Charged with Shoplifting? Our Shoplifting Law Firm in Bainbridge, Ohio will defend your rights. A shoplifting conviction can have serious impact on your future. Don’t let this happen to you. Our experienced Shoplifting Defense Attorneys are known for getting great results with shoplifting cases. Often we can get charges dismissed, even if there is a written confession and video evidence. Each case has its own facts and circumstances. Stiefvater Law limits the number of clients we serve so we can dedicate all the necessary resources to defending your case. Protect your future. Call today for a free consultation.

Stiefvater Law, LLC has been serving Bainbridge, Ohio for over a decade. Shoplifting Defense Lawyer Robert Stiefvater has been defending individuals for over 15 years. Put his experience to work and prevent a shoplifting conviction from being on your record. Because shoplifting is a theft offense, a conviction often results in very real, and very negative consequences. Besides the potential for jail time, a shoplifting conviction can prevent employment or result in problems with professional licensing. We are here to help you.

Shoplifting is a theft offense. In Ohio, theft can be committed several different ways. For example, one way as follows:

Beyond the scope of the express or implied consent of the owner or person authorized to give consent.

Shoplifting can be a misdemeanor or a felony. It depends upon the value of the goods that were allegedly shoplifted, who the goods were shoplifted from, and what was alleged to have been shoplifted. Some possible penalties are as follows: 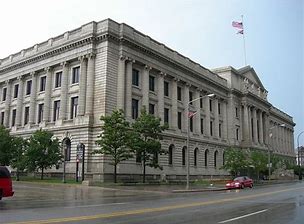 Get a free consultation with the “go-to” Bainbridge Shoplifting Law Firm today.

Call the Bainbridge Shoplifting Defense Attorneys at Stiefvater Law to find out if we are currently taking on new clients. We are the Shoplifting Lawyers in Bainbridge, Ohio, 44023.

The Ohio Revised Code defines theft in chapter 2913.02, which in part states:

(10) In addition to the penalties described in division (B)(2) of this section, if the offender committed the violation by causing a motor vehicle to leave the premises of an establishment at which gasoline is offered for retail sale without the offender making full payment for gasoline that was dispensed into the fuel tank of the motor vehicle or into another container, the court may do one of the following:

(c) The court, in lieu of suspending the offender's driver's or commercial driver's license, probationary driver's license, temporary instruction permit, or nonresident operating privilege pursuant to division (B)(10)(a) or (b) of this section, instead may require the offender to perform community service for a number of hours determined by the court.

(11) In addition to the penalties described in division (B)(2) of this section, if the offender committed the violation by stealing rented property or rental services, the court may order that the offender make restitution pursuant to section 2929.18 or 2929.28 of the Revised Code. Restitution may include, but is not limited to, the cost of repairing or replacing the stolen property, or the cost of repairing the stolen property and any loss of revenue resulting from deprivation of the property due to theft of rental services that is less than or equal to the actual value of the property at the time it was rented. Evidence of intent to commit theft of rented property or rental services shall be determined pursuant to the provisions of section 2913.72 of the Revised Code.

(C) The sentencing court that suspends an offender's license, permit, or nonresident operating privilege under division (B)(10) of this section may grant the offender limited driving privileges during the period of the suspension in accordance with Chapter 4510. of the Revised Code.